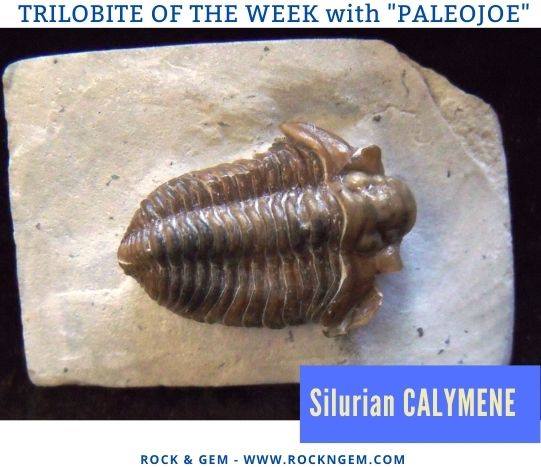 This species of Silurian CALYMENE has a very bulbous and furrowed glabella. The trilobite is roughly triangular in shape with the cephalon that is roughly semi–circular in shape.

This trilobite is fairly broad and has a small pygidium. The thorax has 12-13 body segments. They can reach a length just under 2 inches. The trilobite is found with quite a thick exoskeleton. There are many species of the CALYMENE found around the United States, each differing a bit in body structure, size and shape. Also, this species is found near St. Paul, Indiana.