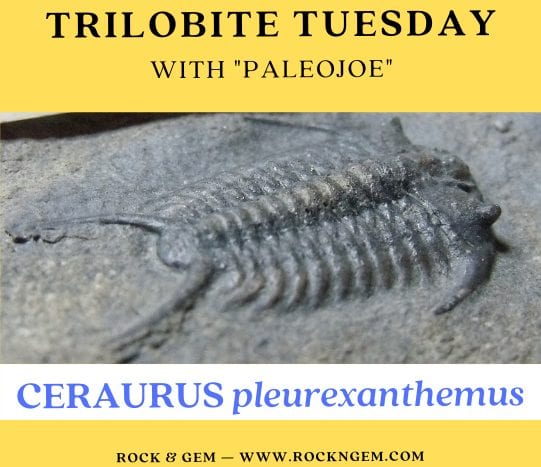 There are many species of CERAURUS trilobites around the world, including Canada and the United States. Each species has subtle differences.

This CERAURUS pleurexanthemus specimen comes from Trenton Falls, New York. It averaged around one inch in length, including spines.

Its semi-circular Cephalon, or head section, ends with slightly laterally rearward pointing spines. The glabella is inflated with small furrows. The glabella also is covered by tubercles or small bumps.

CERAURUS pleurexanthemus also has a narrow axial lobe and wide pleural lobes. The pleural lobes end in short spines. The pygidium is micropygious, meaning it is quite small with two long, rearward-pointing spines.