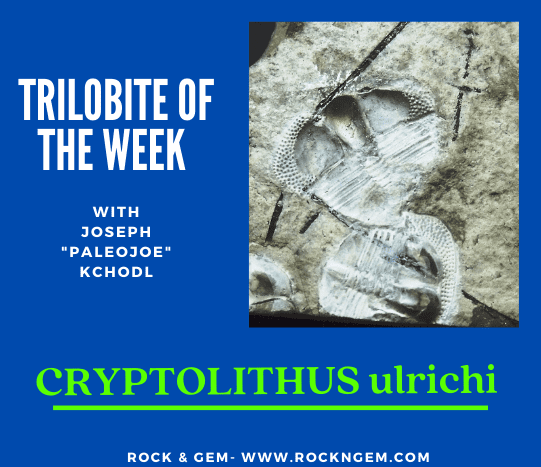 CRYPTOLITHUS ulrichi has a very broad Cephalon bordered by a wide “brim,” which has a large number of pits or holes. It has been theorized that this trilobite was a filter feeder and that the wide brim and pits assisted in feeding.

The trilobite has six thoracic segments and a thin axial or central lobe. The pleural lobes are wide and unornamented. The Cephalon is roughly semi- circular and has two long genal spines. The Cephalon also has a large bulbous glabella.

Found near Nebo, Oklahoma, CRYPTOLITHUS ulrichi grew to around 1 inch with spines.