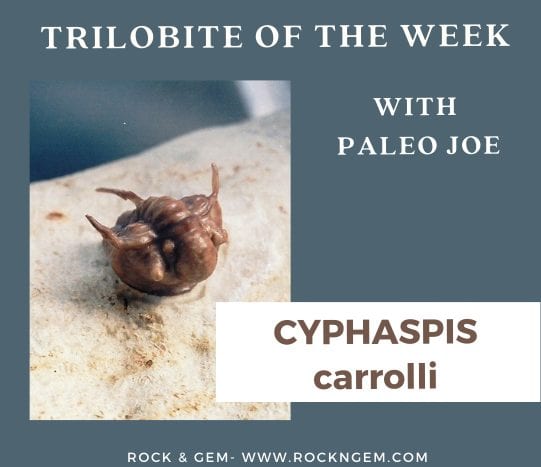 CYPHASPIS carrolli is a rare and spectacular trilobite. Found in the Haragan Formation in Coal County, Oklahoma, it is a recent addition to the body of scientific knowledge about trilobites.

Trilobite paleontologist Robert Carroll discovered CYPHASPIS carrolli in the quarries in which he works in Oklahoma. He is a professional preparer, and that is important.

This diminutive trilobite has a very inflated Cephalon and glabella. The eyes are set high on the Cephalon on little stalks. It has large (compared to its size) genal spines and especially a large axial spine rising up from the middle of the thorax.

The new species was named in honor of Robert Carroll and all the work he has done.