Trilobite of the Week: GREENOPS boothi 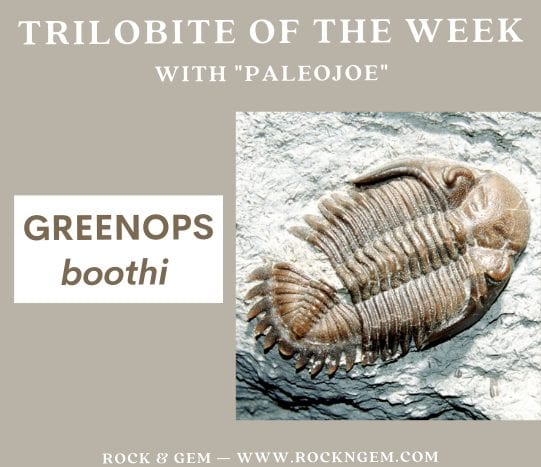 GREENOPS boothi can be found in several parts of Michigan, New York, and Ontario, Canada. This Devonian trilobite is very showy with all the spikes and spines it has on its body. The long and broad genal spines help us to identify it.

Characteristics include a furrowed glabella and high, crescent-shaped eyes. The segments of the thorax end in short spines, and the pygidium (or tail section) have reward pointing spines.

Along with all other trilobites, GREENOPS boothi had the ability to enroll, or roll into a ball. One can imagine this trilobite having good protection from being eaten by a passing fish.

The example shown here is slightly disarticulated, possibly due to the weight of overlying sediments during fossilization.