Trilobite Tuesday: What is a trilobite? 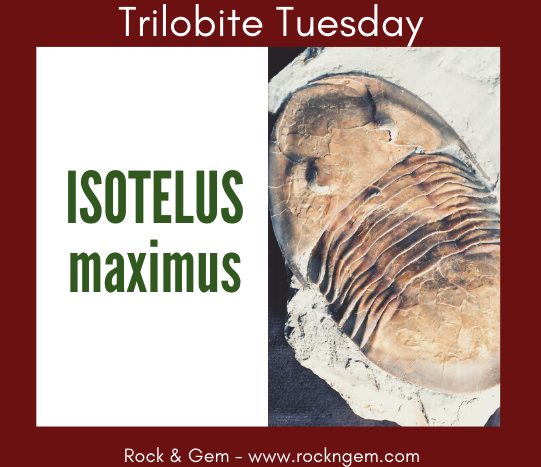 Trilobites are an extinct form of arthropod related to insects, crabs, crayfish and horseshoe crabs. These creatures are called trilobite due to the three distinct “lobes” running vertically through the body section. There is a central or “axial” lobe and two pleural lobes to either side. Additionally, there are three horizontal sections: the Cephalon or head, the Thorax or body, and the Pygidium or tail. They also had a Glabella, the central part of the head section. Some had spines projecting rearward from the head called genal spines.

Trilobites were the first creature on earth with primitive eyes and many lenses. As a species, they had an exoskeleton that needed to be shed or molted for growth. With that being the case, most trilobite fossils are discarded exoskeleton pieces.

There are several areas of the country and world where complete specimens can be found. The arthropods were able to enroll, roll up similarly to a roly-poly for protection from danger. With over 25,000 different species, trilobites vary in size and shape and are among the most diverse creatures ever to inhabit the earth.

Visit www.rockngem.com every Tuesday for a new Trilobite Tuesday column to see photos and learn about various species of trilobites, courtesy of PaleoJoe.

This magnificent, large, flat trilobite is the state fossil of Ohio. It was named maximus by John Locke after an extensive geological survey of the Ordovician rocks of southern Ohio in the 1830’s. The fossil is often found as disarticulated pieces. The cephalon (head) and pygidium (tail) are roughly the same size. The cephalon has two large crescent shaped eyes, long genal spines that extend back to the third or fourth thoracic segments. The glabella as well as the pygidium are low and flattened.

The trilobite has eight body segments that are flat and broad. They can grow to around 11 inches though several have been found over one foot long. This is a truly nice find. Most large specimens reside in museums around Ohio and in the Smithsonian. Several are in private collections. Specimens of this type can be found near Cincinnati, Ohio.