This exhibit explores the life and death of these creatures once so plentiful during the Cambrian period that it was called the Age of Trilobites. The exhibit is complete with actual trilobite specimens, charts, posters, artifacts, models, interactive units and wall texts and provides an excellent look into the ancient world of the Paleozoic seas. 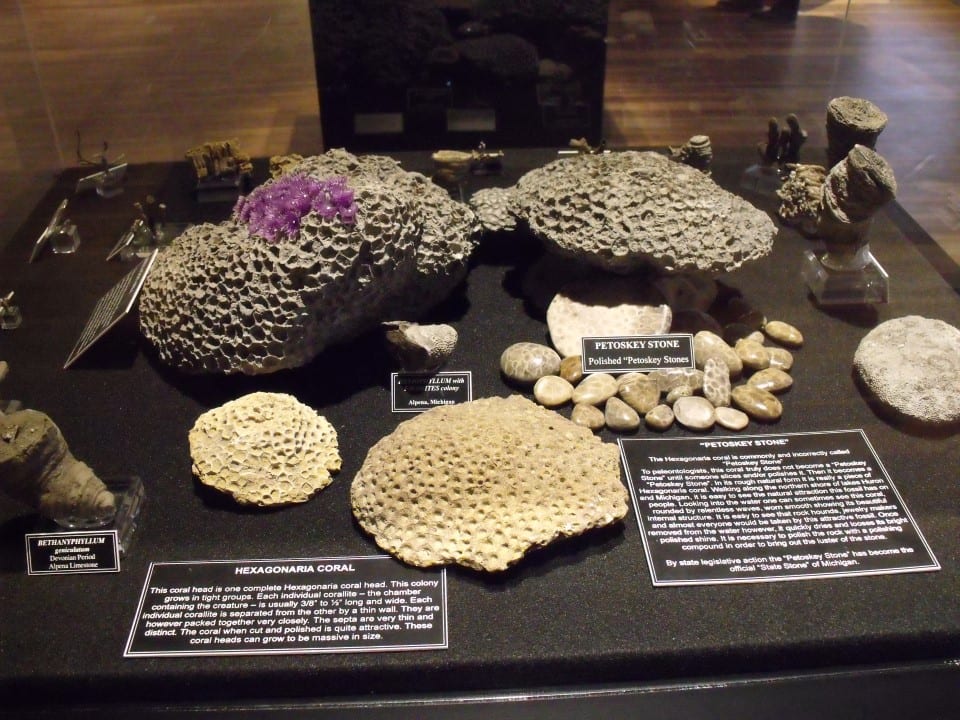 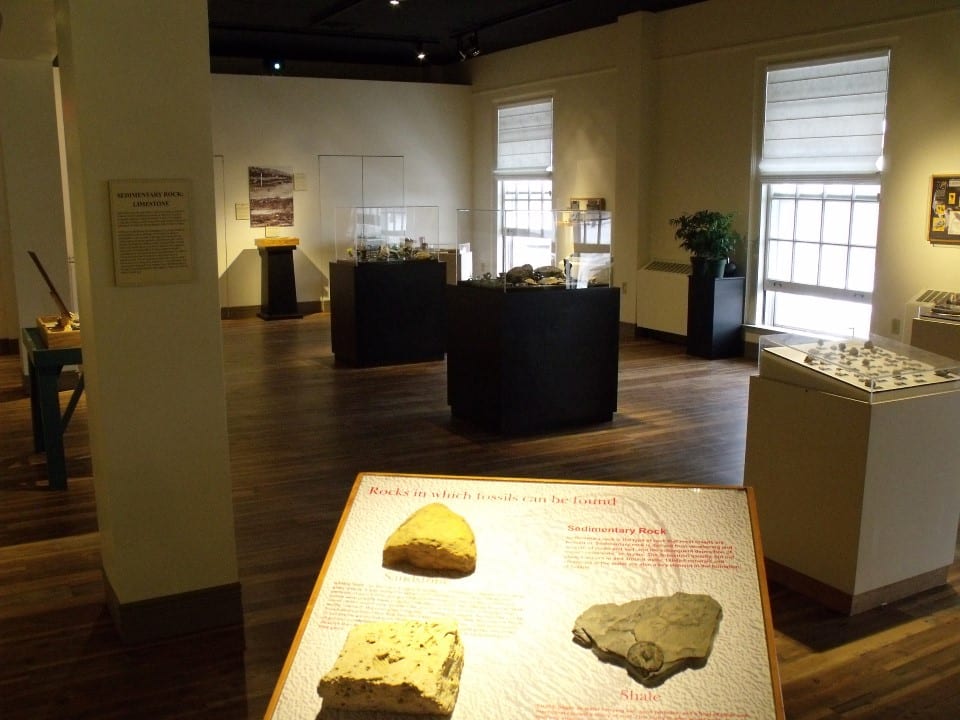 Fossils of the Michigan Basin

The exhibit consists of Creatures that once lived in the ancient tropical seas that dominated the area 350 million years ago. Creatures such as trilobites, corals, crinoids, gastropods, cephalopods, bryozoans, brachiopods and even primitive placoderm fish.

The exhibit can be installed in as little as 500 square feet or as large as 1000 square feet. It is perfect for smaller museums and nature centers. It also can be combined with the Trilobite Treasures exhibit. 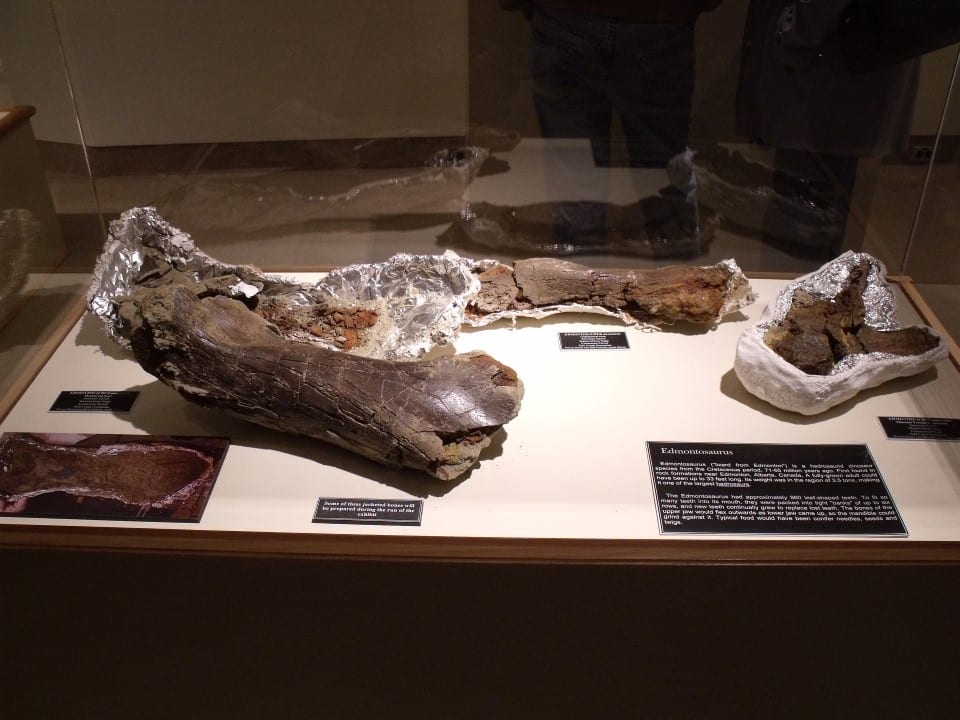 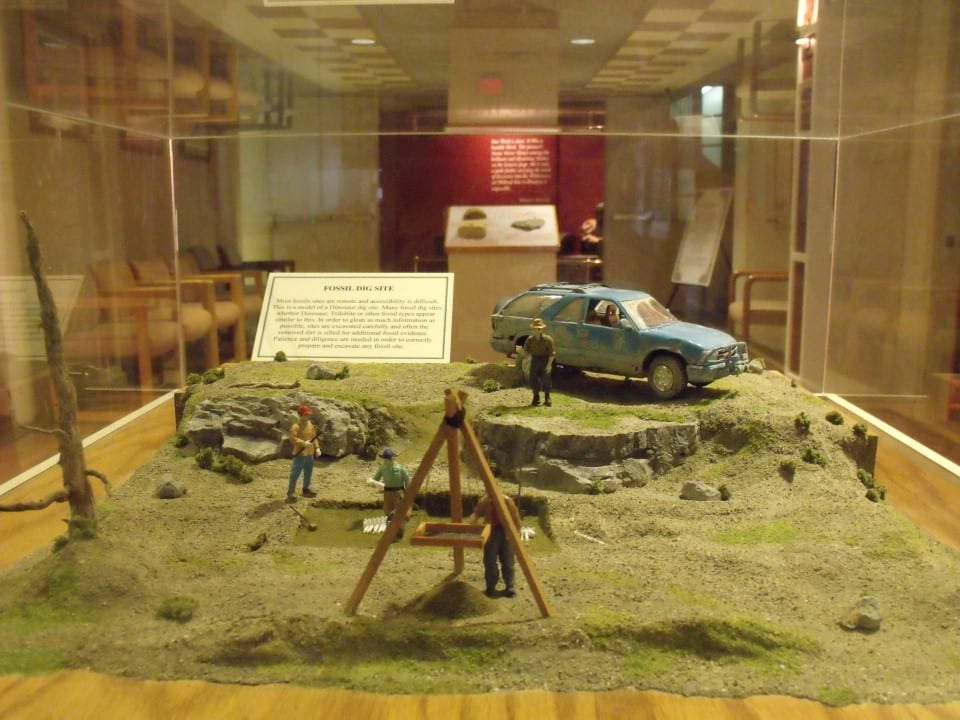 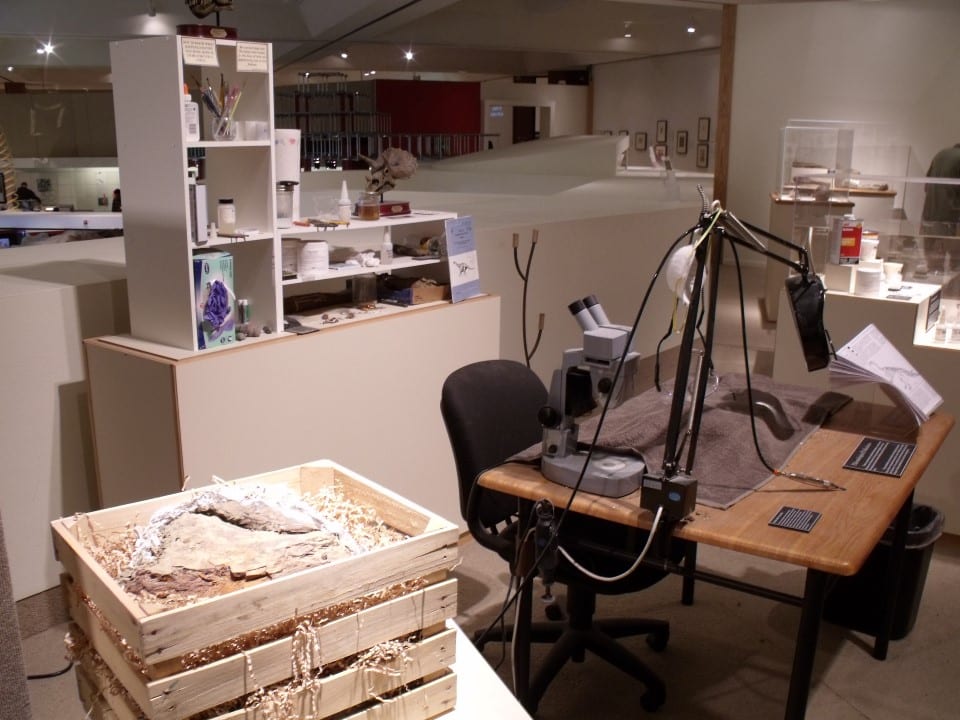 Bone Cleaning Demonstrations provided during the run of the exhibit and REAL Edmontosaurus Bones on Display.

Exhibit Opened at Alden B. Dow Museum of Science and Art, Midland MI

Excellent add-on to any Dinosaur Exhibit. Patrons get a first-hand look at real bones and a prep lab. Dinosaur Bones, Models and displays the will excite and educate your visitors.