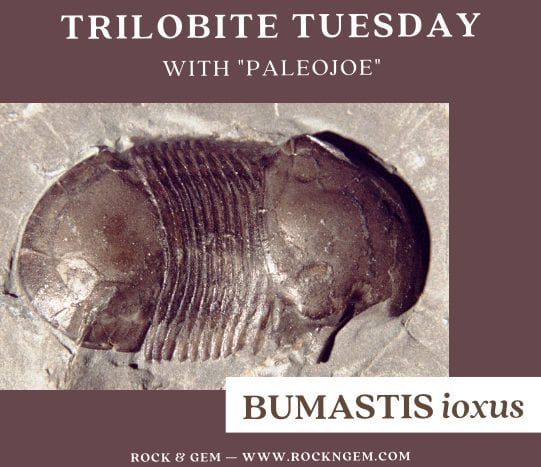 The BUMASTIS ioxus trilobite was found in the United States during the digging of the Erie Canal. It was first discovered in 1839 in a gorge dug for the canal.

Being roughly oval in shape, it is difficult to judge which is the Cephalon and which is the pygidium at first glance. This trilobite is isopygious, meaning the head and tail are roughly the same size. Having only 8 to 10 body segments, the BUMASTIS method of enrollment is much like that of a clam closing: just folding over, thereby protecting itself from danger.

The head and tail sections are quite smooth. The middle lobe of the Cephalon is quite broad, and there are two larges eyes set back near the lateral corner. It is generally 1-2 inches long, but much larger specimens have been found measuring up to 4 inches.